In 2014,  “Rhinos Without Borders”  (RWB), was conceived to reintroduce rhino to Botswana by moving them from at risk areas in South Africa.

RWB undertook took to translocate 100 at risk rhinos from South Africa and transport them by airplane to Botswana. 10 were moved in the spring of 2015 and 15 later in the year.

The GEOS Foundation assisted with raising and providing catalyst funding to move 7 of these first rhinos in 2015.

To date 87 rhino have been successfully translocated to various undisclosed release locations in Botswana which benefit from excellent natural and strategically defensible locations.

Translocations are not a new or untested idea in rhino conservation. In 1962, our conservation partner-The WILD Foundation’s founder, Dr Ian Player, first began translocating a founder population of just 200 white rhino from UMfolozi in Natal  to Kruger National Park where rhino had been extirpated since the early part of the 20th century.

Today the Kruger population has grown to an estimated 7,000 +/- , and today 40% of the world’s remaining naturally occurring white rhino.

This graph shows tracks the population change of white rhino in Kruger Park from that founder population in 1962 to present: 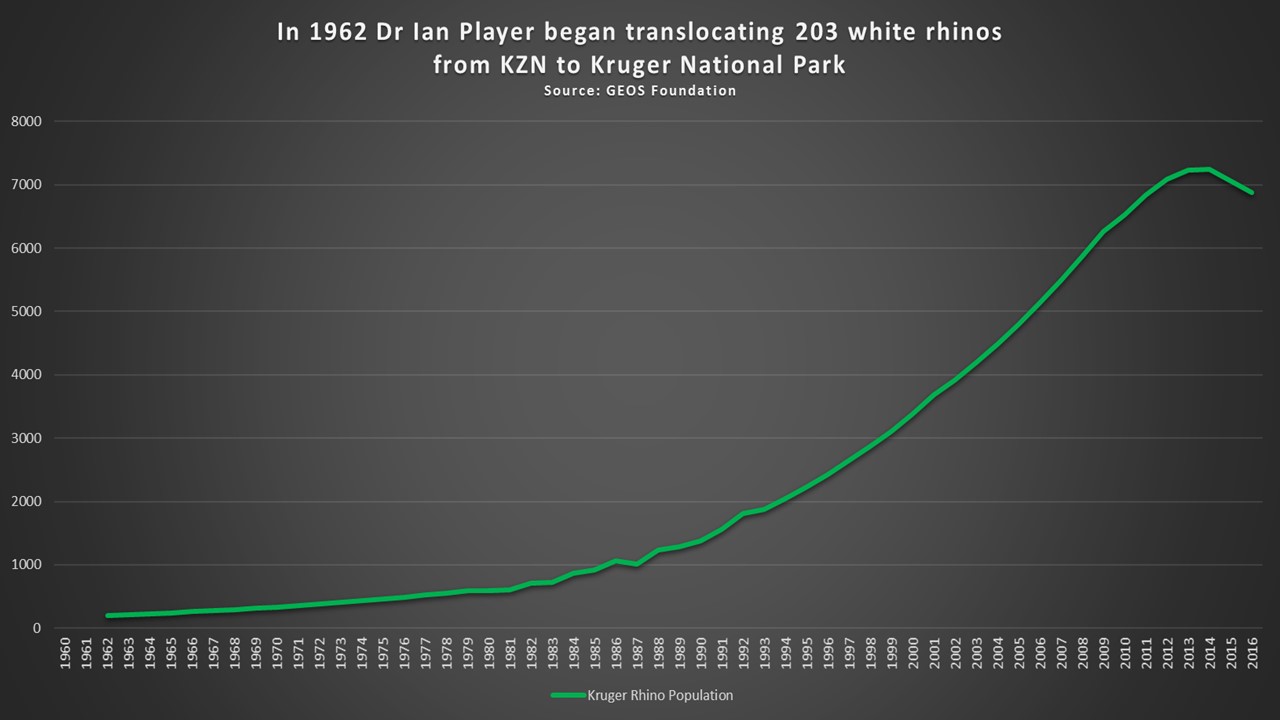 Translocate at risk rhino from South Africa and re-introduce them to Botswana in order to diversify systemic risk and better optimize the survival probability of the species through a larger range. 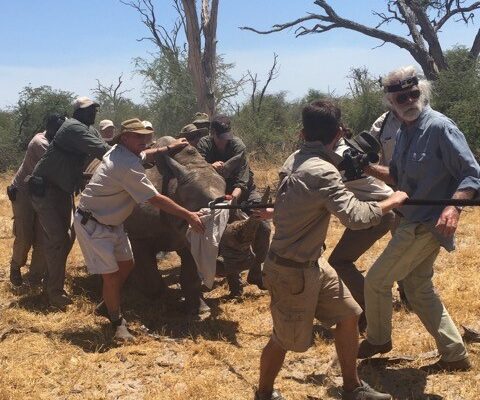 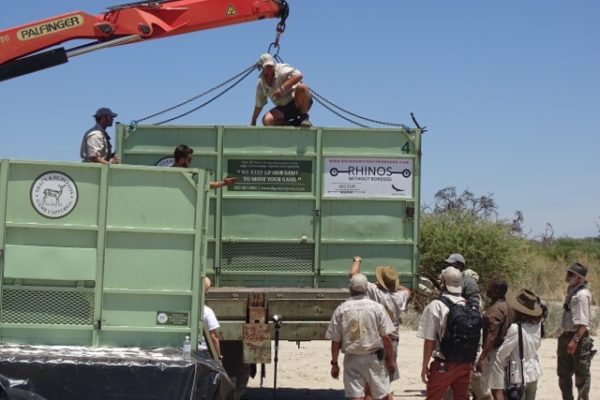 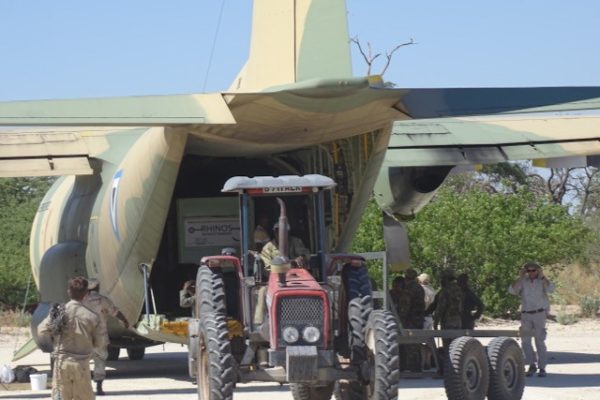 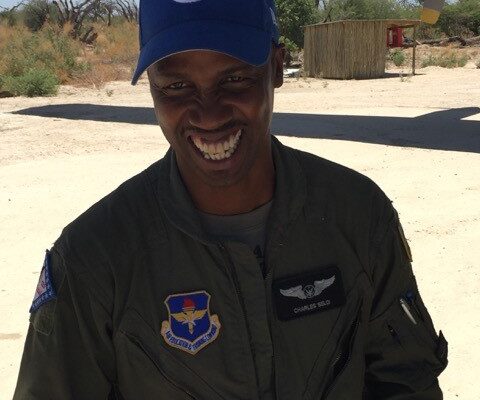 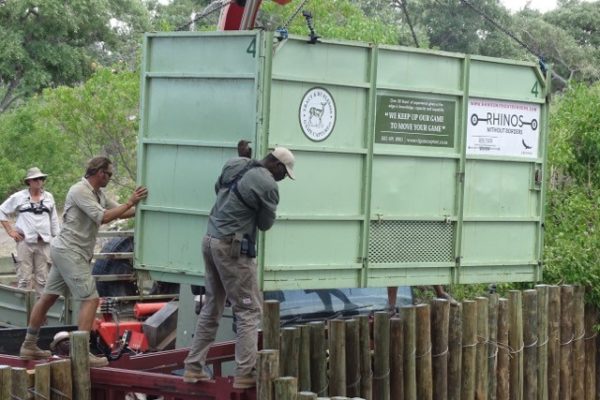 As of June 2019, 87 rhino have been successfully translocated. We have also seen 28 births and only 3 deaths (two due to natural causes ad one suspected poaching).

As a charity, GEOS, is focused on supporting projects and partners that can deliver meaningful, quantifiable results.  In the case of this project we have developed a statistic called ‘Return On Rhino” to measure the return on our donors  conservation investment.

Below graph tracks the performance of the founder herd (and the power of compounding breeding growth rates  since inception of the project): 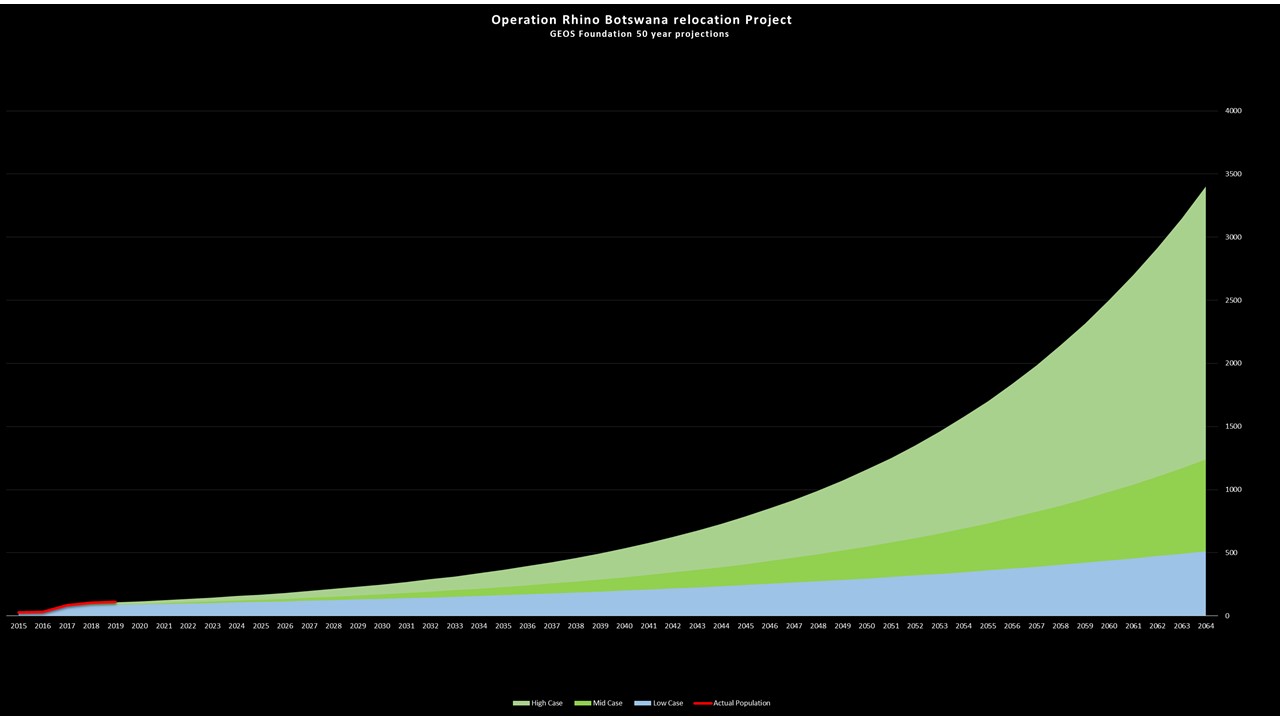