During the 1960’s, large concentrations of Rooster Tailed Conch (Lobatus Gallus) were reportedly observed in a small bay on the north-west coast of the island of Marie Galante.  However, the current status, distribution and population structure of rooster tailed conch in this bay have not been scientifically recorded.

Survey of conch populations, including a report on other investigations in the coastal waters of
Marie Galante, French West Indies

The Marie Gallante expedition was conducted in the French West Indies, from 6 to 11 March 2015.

Our findings appear to be consistent with conch population trends in the Bahamas and other Caribbean islands.   The results of our survey indicate that today Rooster Tailed and Queen conch populations are largely absent with marginal mean densities of only 1 dead adults per ha observed.
Our team also conducted reconnaissance dives to investigate reports of a shipwreck.  During our pre-disturbance survey, we did not observe any exposed cultural material. 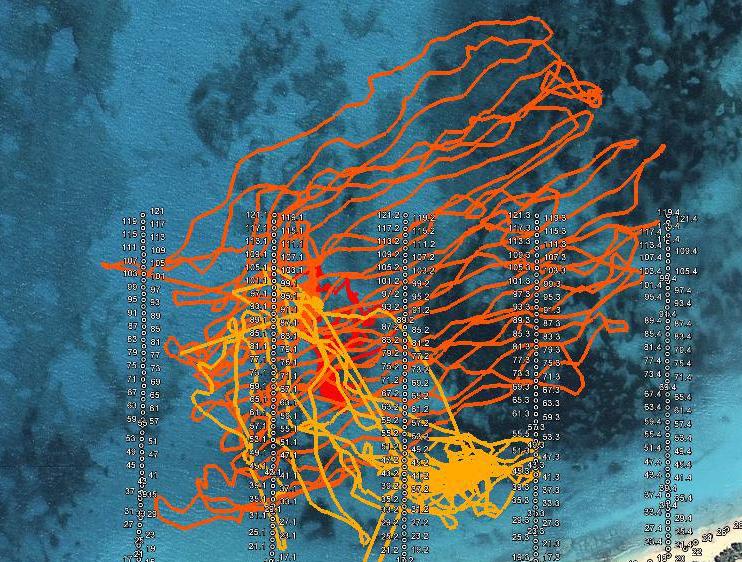 Our team did identify what could be ballast rock as well as a buried mound.   Based on our research, this bay was active with maritime activity during the 17th -19th century and the historical record provides a record of no less than 29 hurricanes which could have led to a shipwreck.  Further investigations using non-invasive remote sensing equipment is recommended to determine if cultural material exists at this site.